Sign up for email updates for important news & events

The overall winner out of 60 pieces of art submitted from 16 high schools in New Jersey’s 10th Congressional District was Newark’s own Lawrence Armour, of Arts High School.

“I am always impressed by the creative pieces our local students submit and look forwarding to sharing them with our community and the entire country,” said Payne, Jr., according to a statement. “This year was no exception.” 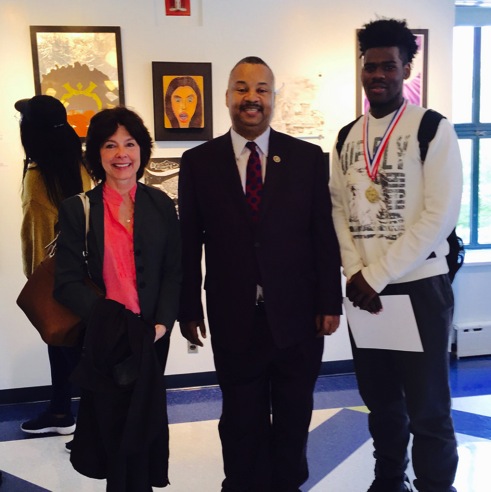 The annual nationwide contest is sponsored by the Congressional Institute in order for members of the U.S. Congress to recognize and encourage the artistic talent of their constituents. Since the Congressional Art Competition began in 1982, over 650,000 high school students have participated.

Armour’s winning submission, entitled “Digital Arts,” will be displayed for one year at the U.S. Capitol for Members of Congress, staff, and visitors to see. In June, Armour will have the opportunity to travel to Washington, D.C. to participate in a national ceremony with other winners from around the country.